Today I was cooking meat patties with potato filling. The potato in this recipe serves as a filling and is cut into a bar shape. Interesting isn’t it?

Cutlets are not only tasty, but also quite economical. And, as usual, two in one, something that I really love. Here you and meat dish, and vegetables.

I like this recipe for its ease and, at the same time, originality. I make them not for the first time, changing only the meat and the type of sauce, and all the time the meatballs work out for glory. 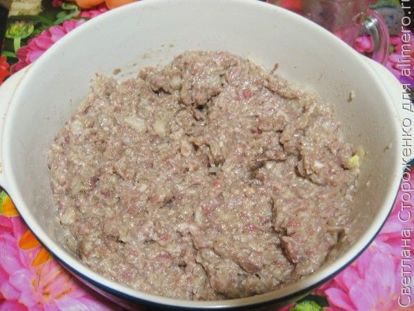 I make everything from this stuffing: cutlets, meatballs, meatballs, dumplings, casseroles, fillings for pies and pies, I freeze it in case of anything. Such a universal and proven delicious recipe for minced meat for all occasions.

Cut the three potatoes as long as possible (cut along the length of the potatoes). 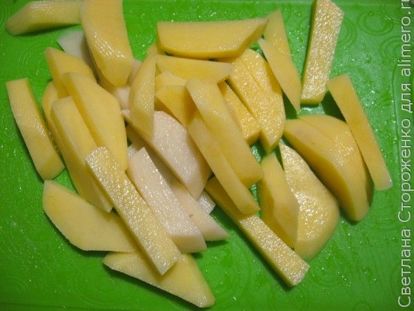 We form a flat cake on the palm of minced meat. It should be slightly oval in shape. 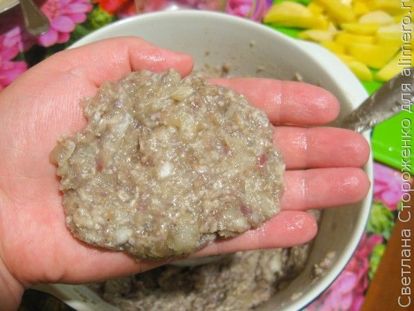 Put a few sticks of potatoes in the middle of the stuffing. This can be one big bar or several small ones. 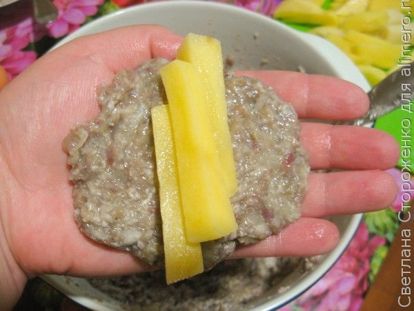 Wrap the minced meat around the potatoes and form such a sponge-shaped patty. 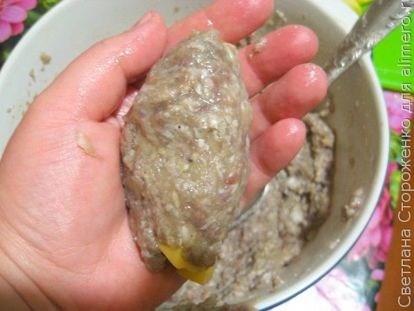 From this amount of minced meat, approximately 15-20 cutlets are obtained.

Fry the patties very quickly in the pan. For 1-2 minutes on each side so that the burgers grab and retain their shape. 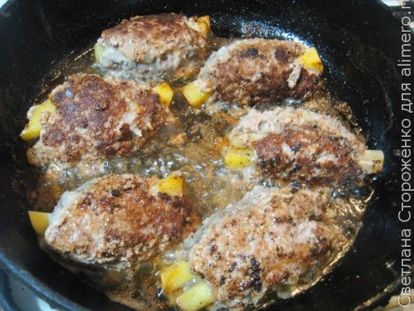 We put our blanks in the form for baking. Lubricate it with nothing. 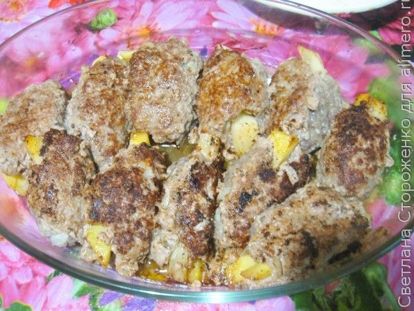 I poured oil on top of them on which they were fried.

Making the sauce. I have this cream with salt, pepper and bay leaf. 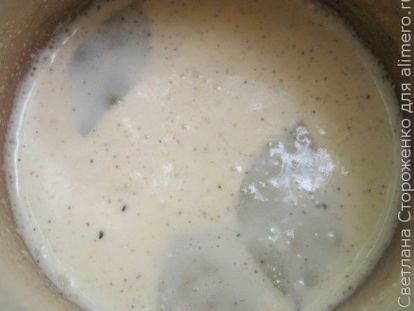 I also made tomato sauce for these cutlets, and bechamel sauce (milk and flour) also turns out very tasty. 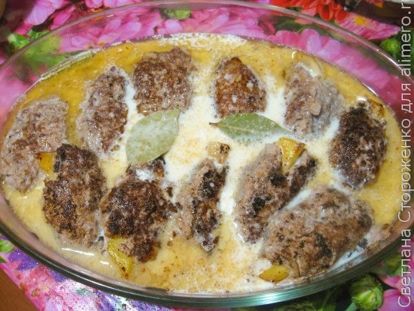 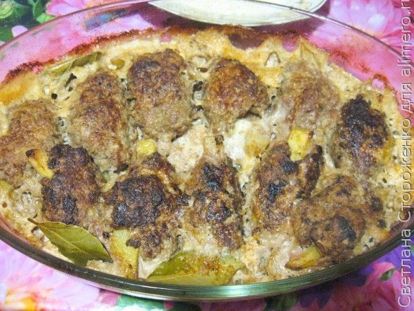 Can be served at the table! 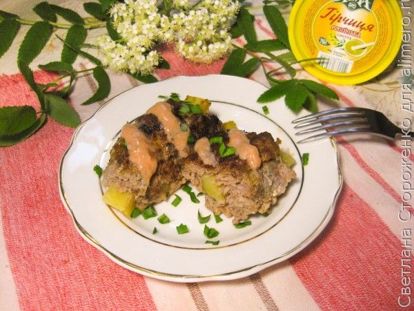 The husband brought fresh meat and asked to cook the chops. I decided in this ...